Developers of the new Amaze Richmond project asked Great Scott Design to create a maze concept for Dark Mofo 2016. The Labyrinth - an 800 square metre pop-up maze was the result.

Designed to suit the aesthetics of the festival and Macquarie Point's (the location) more recent history as a freight distribution hub, The Labyrinth was built from shipping continers, temporary fencing and other industrial materials.

Inspired by ancient tombs and runic alphabets, the experience concluded with successful participants finding themselves on the outside of a giant red acrylic cube-like vault, in which Melbourne-based artist Mayonaize was trapped, working live for the eight day festival. His unique style of calligraphic lettering slowly covered the inside of the transparent red acrylic making the surface more opaque, and himself less visible from the outside as time went on. A bridge that spanned the vault provided an alternative view and enabled visitors to experience the artwork from within.

An exploration of the relationships between the human and un-human, freedom and incarceration, darkness, light and the shadows in between.

Over the course of the festival, The Labyrinth saw many thousands of people take the challenge - entering the maze, getting lost, disorientated and confused, in the hope of eventually finding themselves back on the outer, in the relative normality of Dark Park - the festival's interactive art playground. 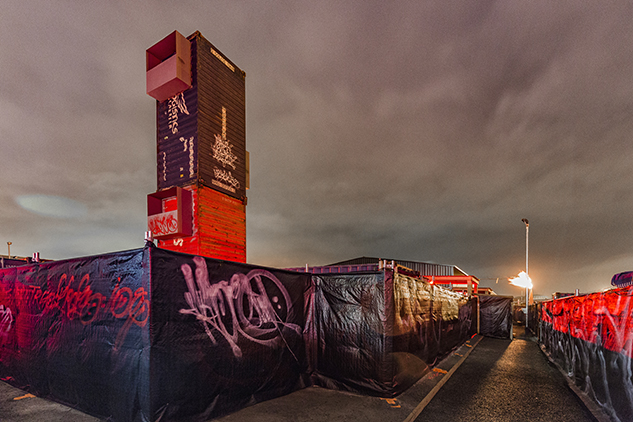 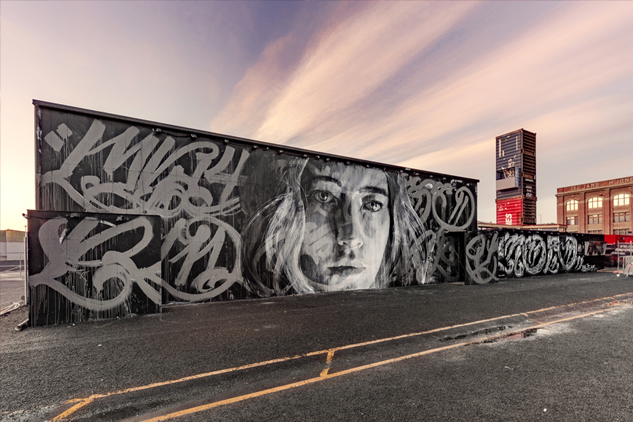 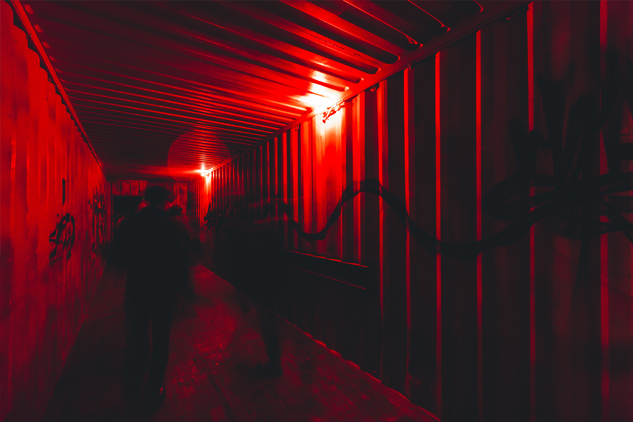 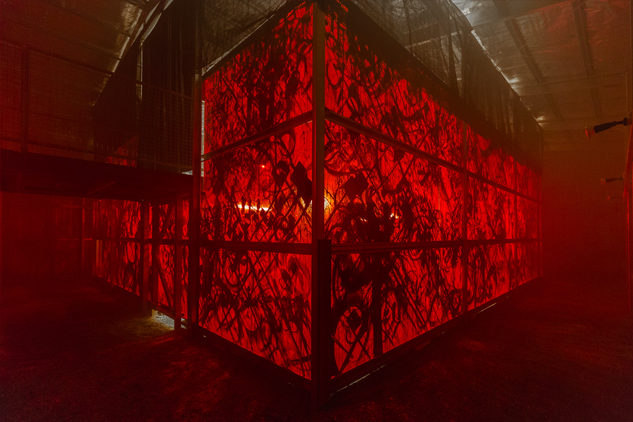 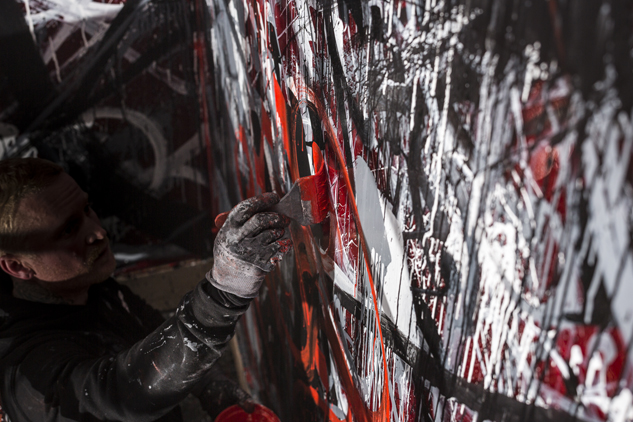 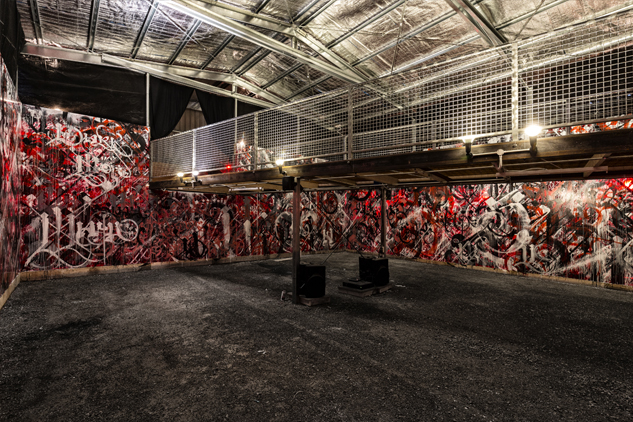 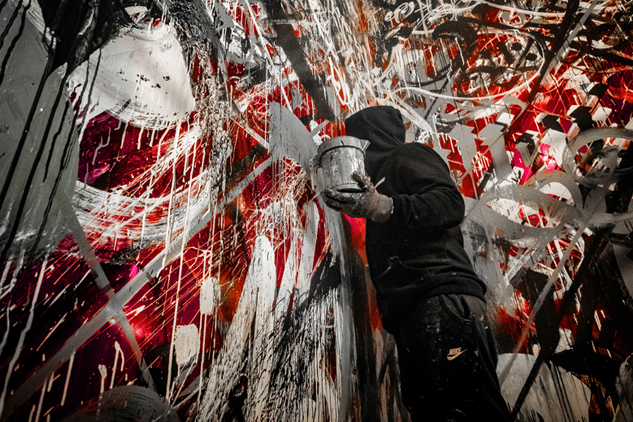 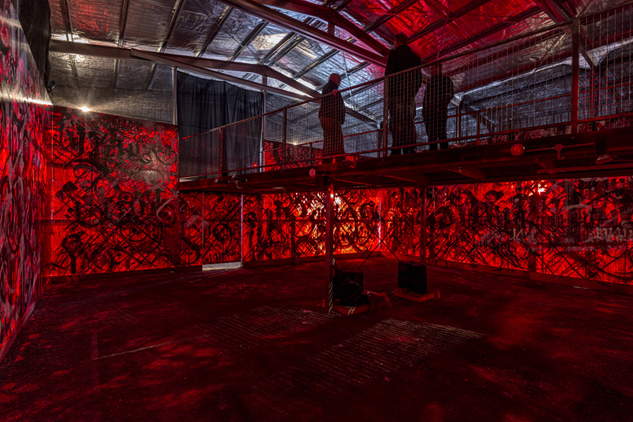